Get £15 off your first order

Sign up to our newsletter and enjoy £15 off your first order over £150!

Now reading: The secret behind the red soles of Christian Louboutin
Share
PrevNext 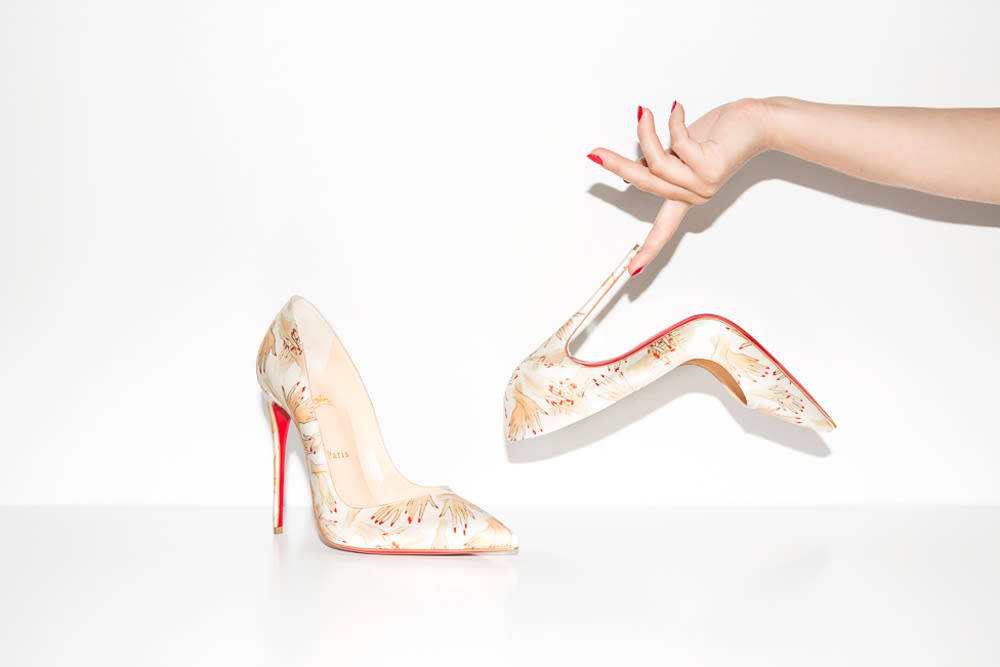 Everybody recognises the infamous red soled shoe by Christian Louboutin. The French designer successfully managed to turn the once-overlooked part of a shoe into a global, iconic, sexy and desirable symbol, making his heels some of the most sought after shoes in the fashion industry.

Not many people however know how or why the idea came about. We have put together this blog to give you an insight into the inspiring history of the red sole! 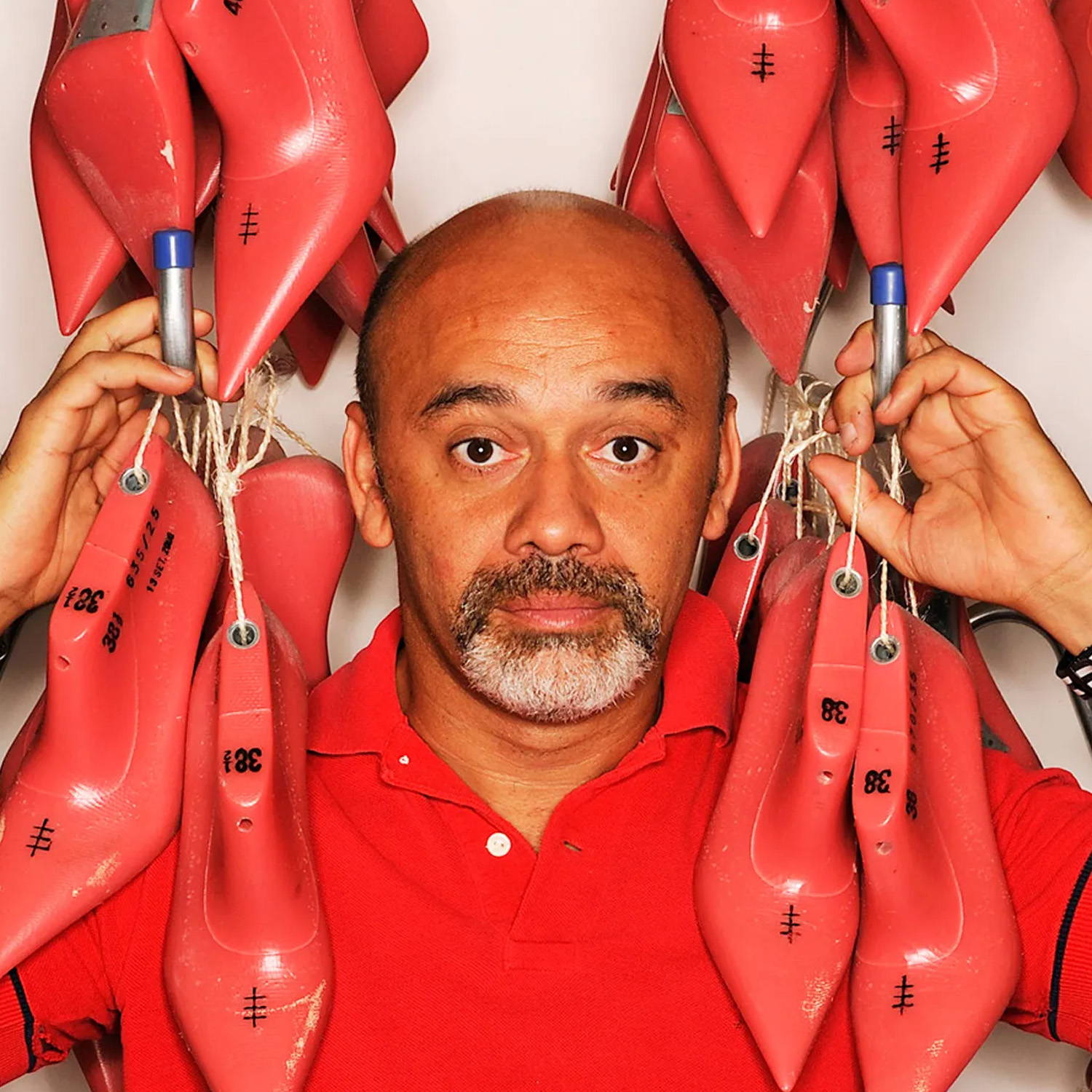 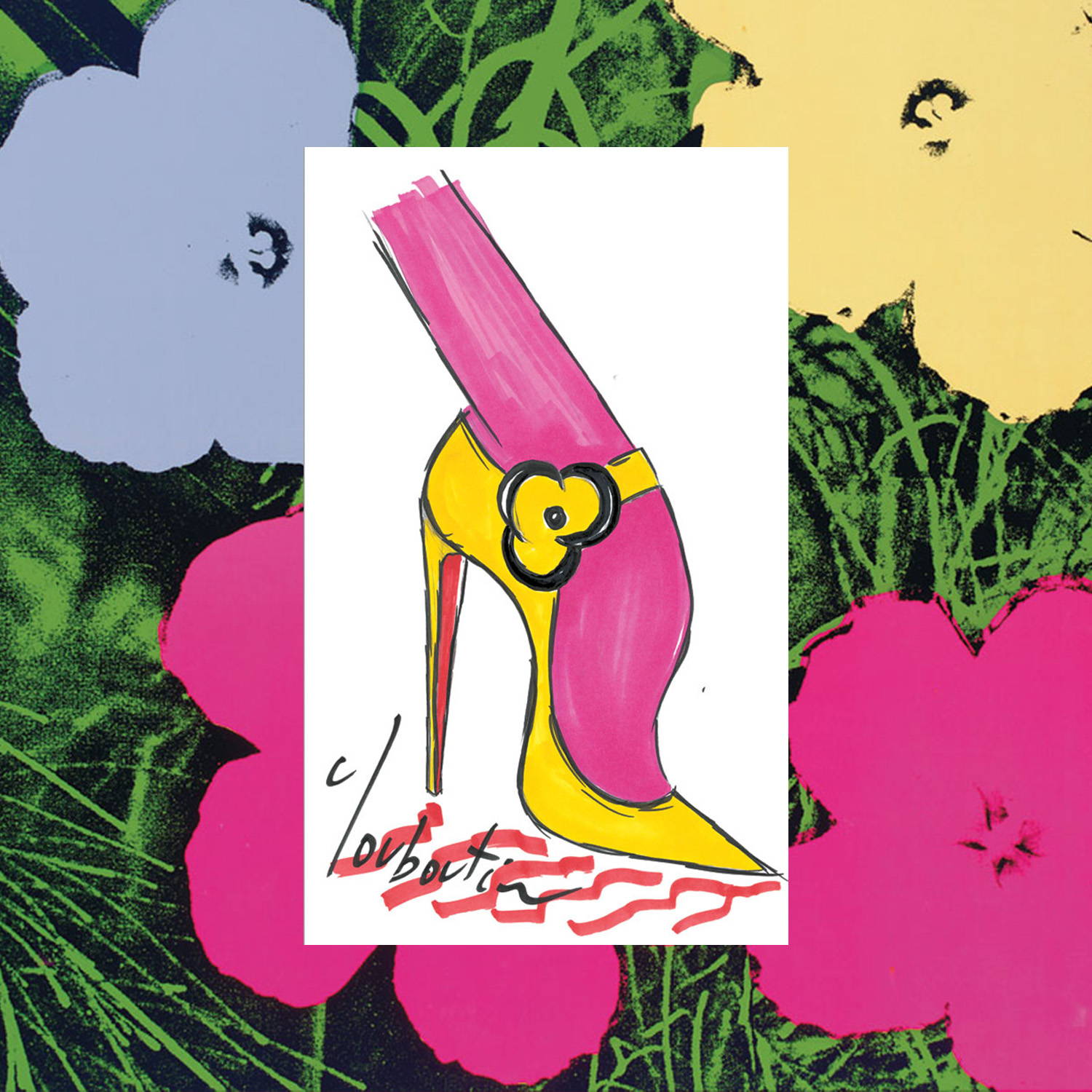 Back in 1993 when he had been in business for about two years, the designer Christian Louboutin had thought of making a shoe inspired by Andy Warhol's "Flowers". The prototype, a pink stacked heel with a cartoonish cloth blossom, had arrived from Italy. "I was very happy, because it was similar to the drawing," Louboutin recalled, "but the drawing still was stronger and I could not understand why" Louboutin continued, "There was this big black sole, and then, thank God, there was this girl painting her nails at the time". Louboutin grabbed the nail polish—it was red—from the assistant and slathered it on the sole of the prototype. "Then it popped," he recalled, "and I thought, this is the drawing!" 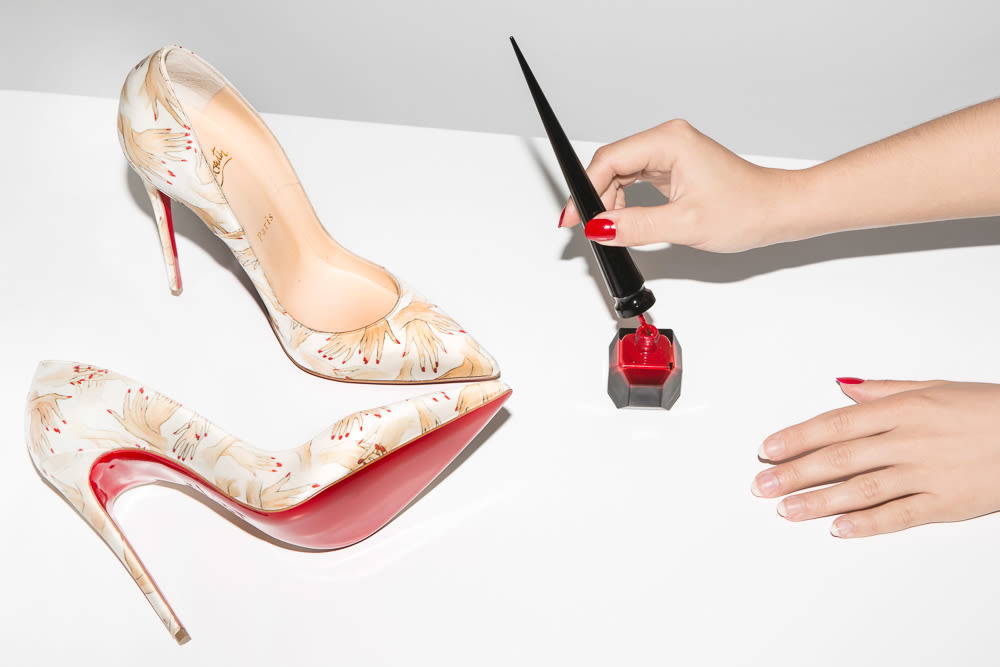 Funny how a business worth a global fortune gained its footing, so to speak, with something as teeny tiny as a bottle of nail polish. Isn't it amazing how those flashy soles really do make the shoes pop? As Louboutin tells it, "Men are like bulls. They cannot resist the red sole," and yet if it hadn't been for an assistant painting her nails at that exact moment, they might never have been a part of the signature Louboutin style. Now, it's time to scroll down and explore our favourite pre-loved Louboutins!

Kitten heels, platforms, stilettos - you name it! From the model-approved Kate to the Parisian-inspired Pigalle, there's a pump to suit every preference.

Sky's the limit in these trendy platform shoe styles...

"A shoe is not only a design, but it's a part of your body language, the way you walk. The way you're going to move is quite dictated by your shoes."